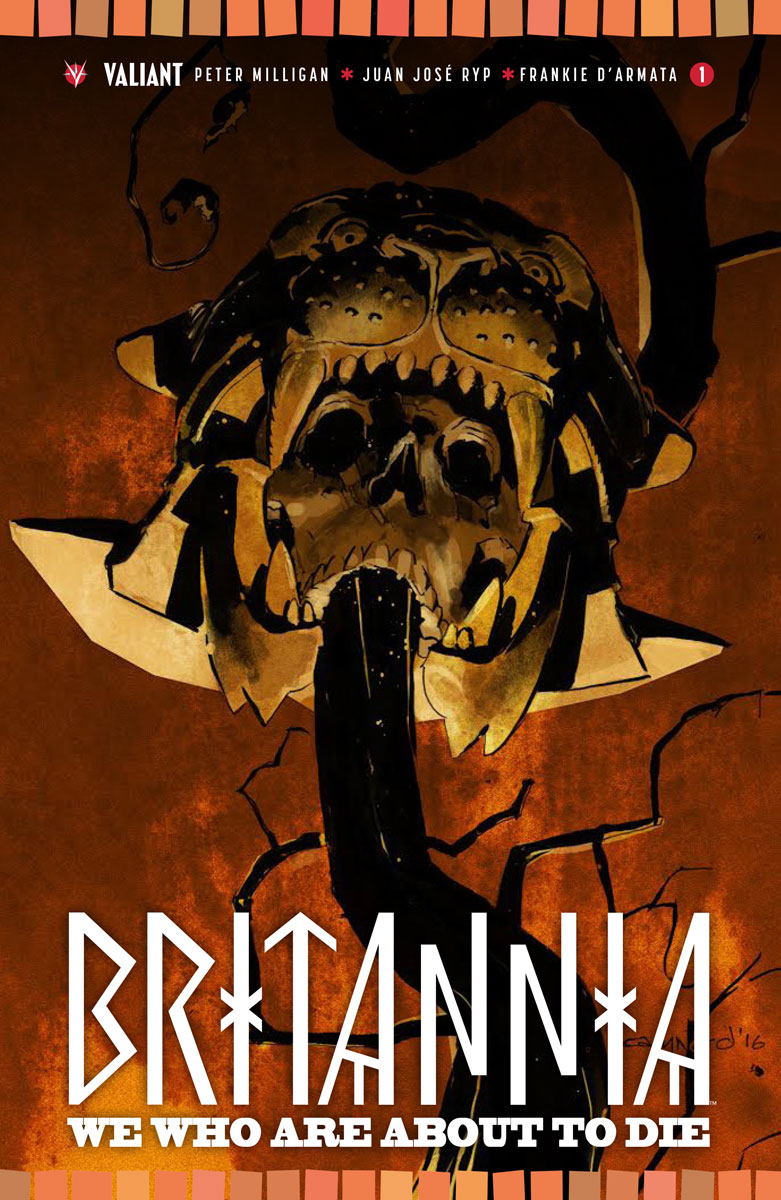 This spring, after 10 sold-out printings, the dazzling debut of 2016 returns with an all-new case for the world’s first detective! Valiant is proud to present your first look inside BRITANNIA: WE WHO ARE ABOUT TO DIE #1 (of 4) – the FIRST ISSUE of the next Valiant Prestige-format series from master storyteller Peter Milligan (Shade, The Changing Man) and incendiary artist Juan Jose Ryp (Britannia)! On April 26th, Rome’s most brilliant investigative mind, Antonius Axia, returns to examine a brutal series of murders seemingly committed by none other than the wrathful god Apollo! As Axia navigates the height of Nero’s empire – from the blood-stained depths of the gladiatorial arena to the sordid palaces of the Roman elite – will he find the truth…or simply terror?

Fifty thousand Romans stand on their feet, watching from the rafters of the Coliseum with captured breath as Achillia, a gladiator unlike any that Rome has seen before, faces incredible odds – one lone warrior against five of Rome’s greatest. Such is the tradition, when a female gladiator enters the fray. When the carnage is complete, the Coliseum roars its approval as Achillia stands victorious. Now, only one match away from winning her freedom, she has begun to gain renown. The women of Rome, suppressed by their husbands and fathers, have noticed. The men of Rome, husbands and fathers to a growing horde of women entertaining ideas of independence, have noticed as well.

On the other side of Rome, a strange mystery swirls through the Palatine Hill. In the dead of night, down winding alleys, Rome’s elite swear that they see visions of a blood-soaked Apollo walking the city…visions that are driving them mad. Even more are becoming sick with weird fever god-dreams. Panic ensues in the city. The Chief Vestal, Rubria, is arrested by Emperor Nero and threatened with crucifixion unless the deadly curse that’s fallen on Rome is lifted. She asks Antonius Axia, hero of Britannia and Rome’s only detective, for help. She offers  only one clue…the gladiator Achillia.

On April 26th, the gods will walk among us! Peter Milligan and Juan Jose Ryp present an all-new entry point into the strange and unholy world behind one of the year’s most acclaimed new series in BRITANNIA: WE WHO ARE ABOUT TO DIE #1 (of 4) – featuring covers by Cary Nord (X-O Manowar, Conan), David Mack (Daredevil), Adam Gorham (Teenage Mutant Ninja Turtles Universe), and Dave Johnson (100 Bullets)! 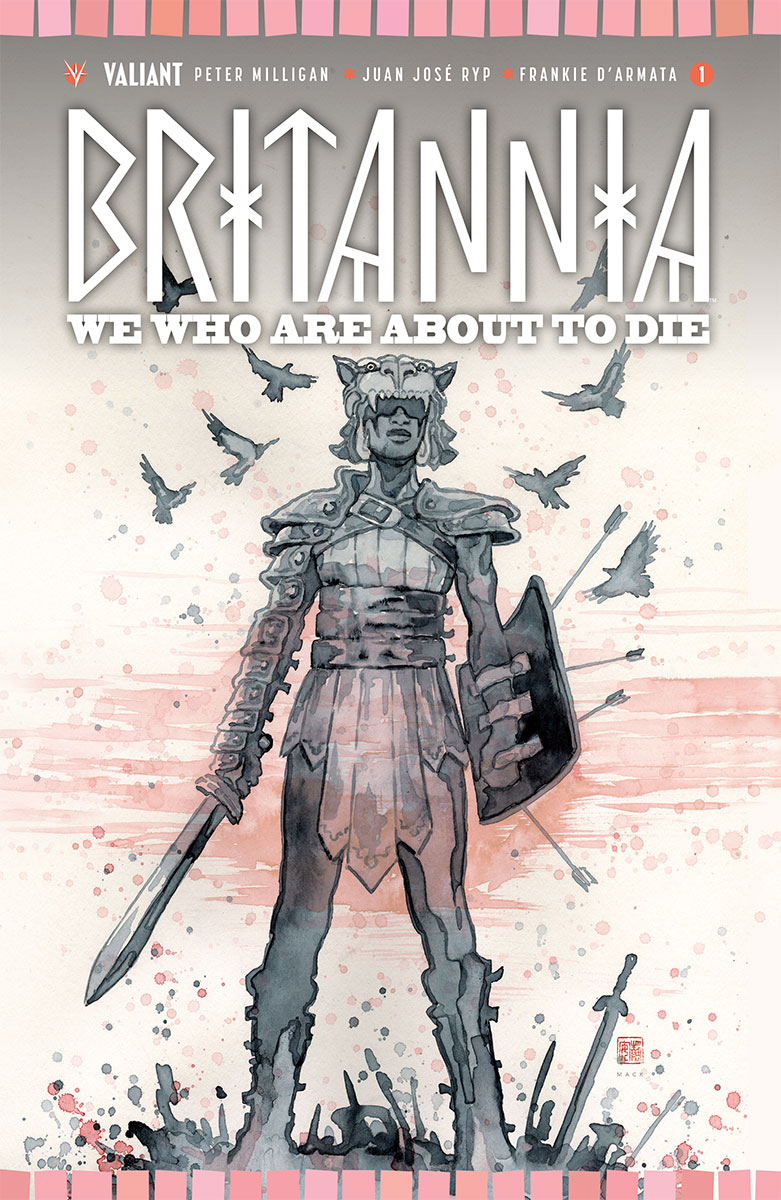 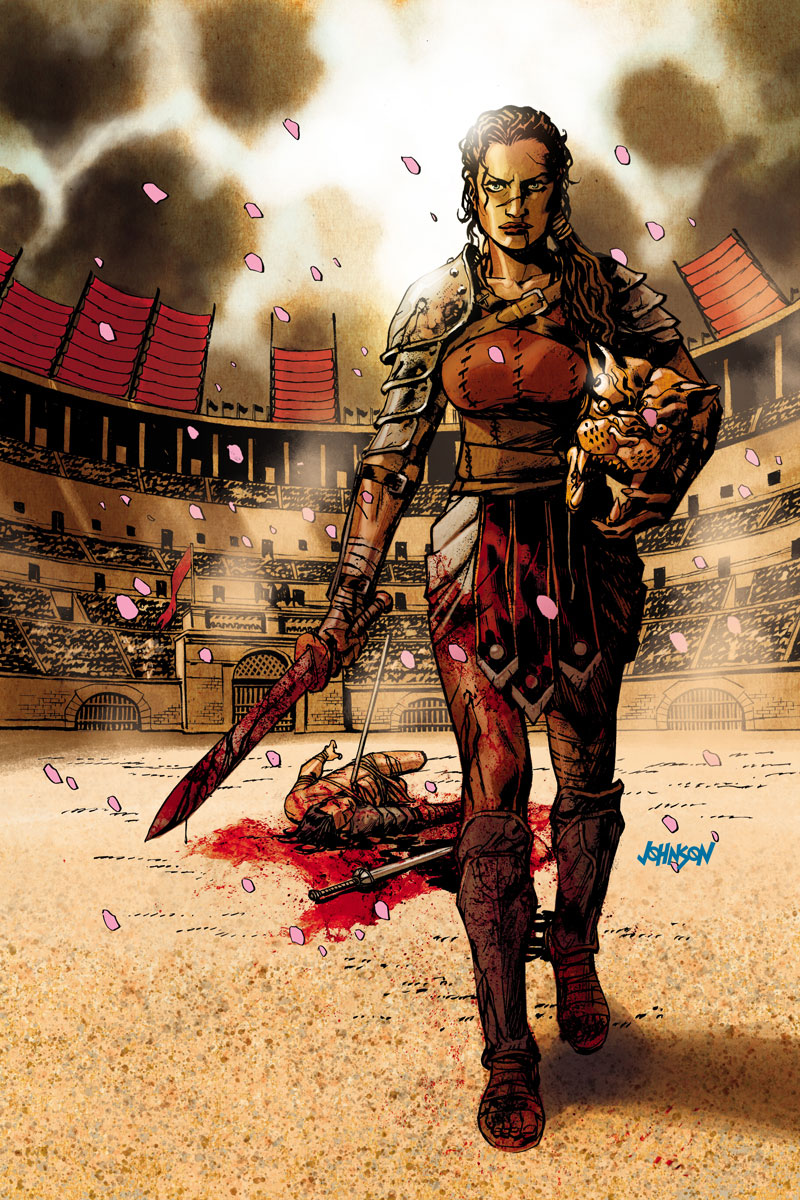 BRITANNIA: WE WHO ARE ABOUT TO DIE #1 (of 4) – Variant Cover by Dave Johnson 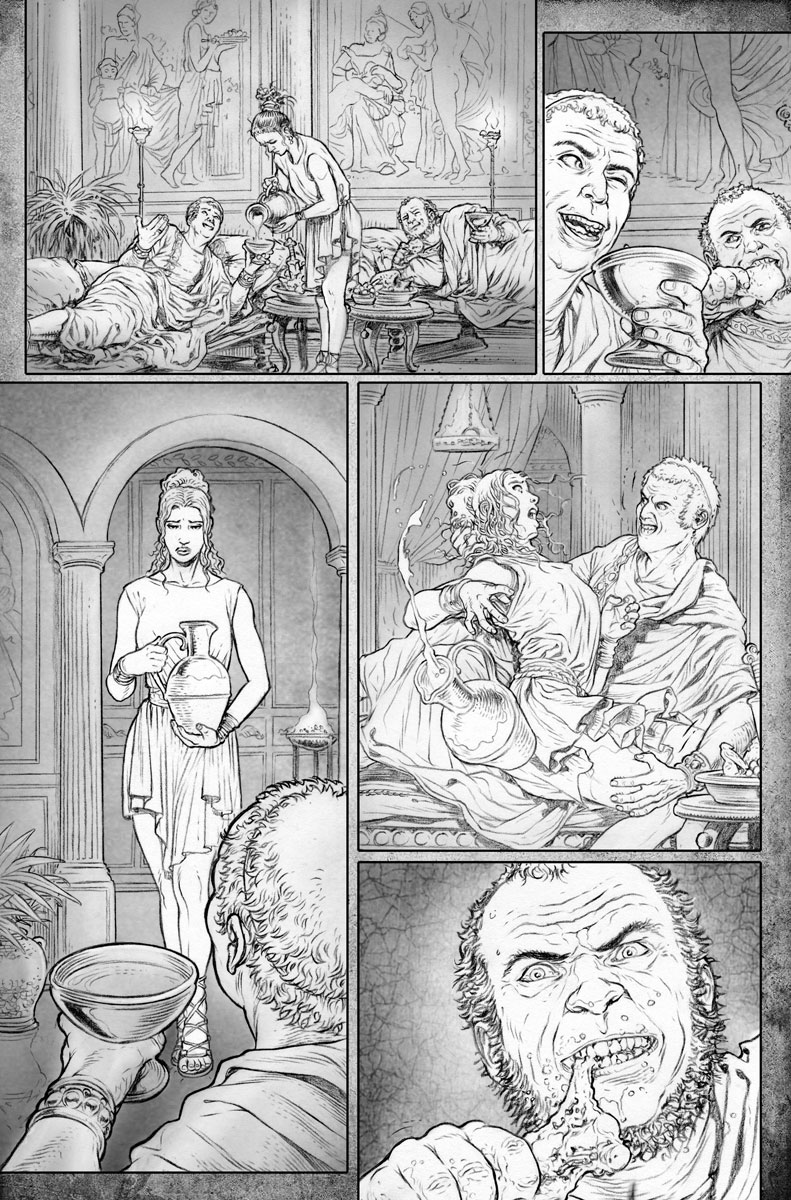 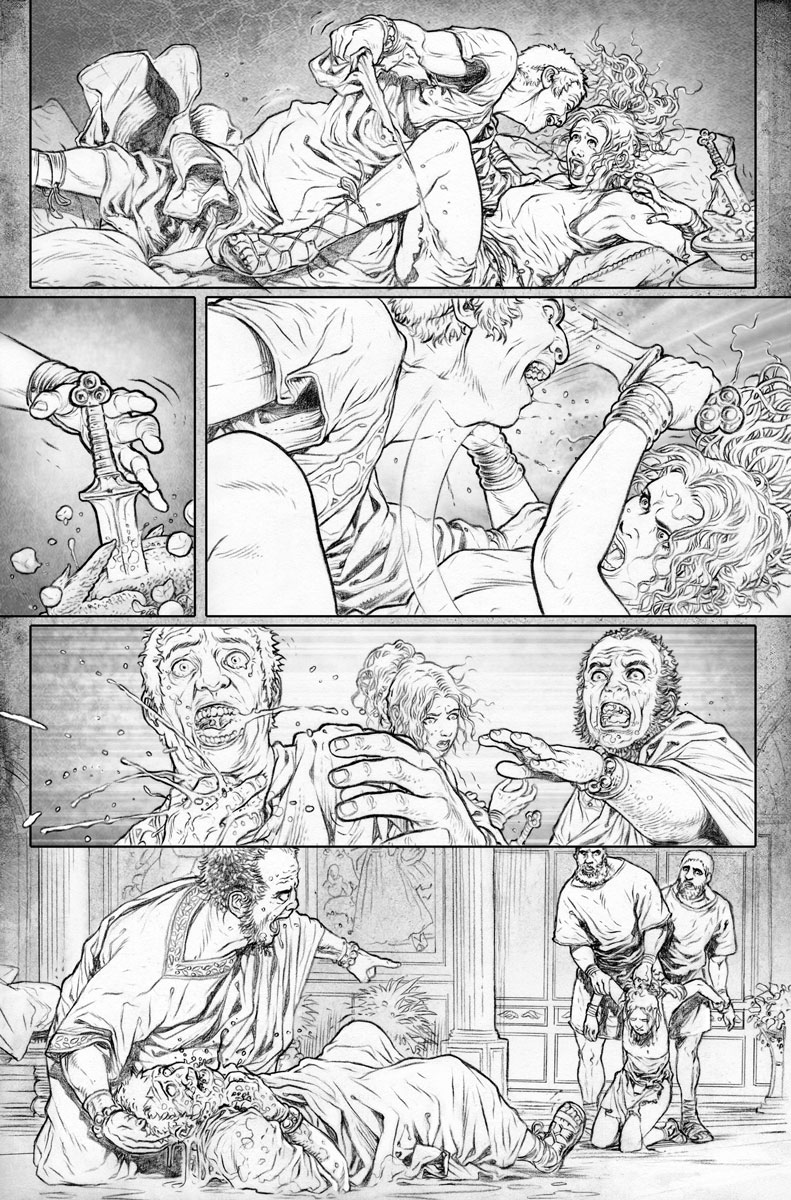 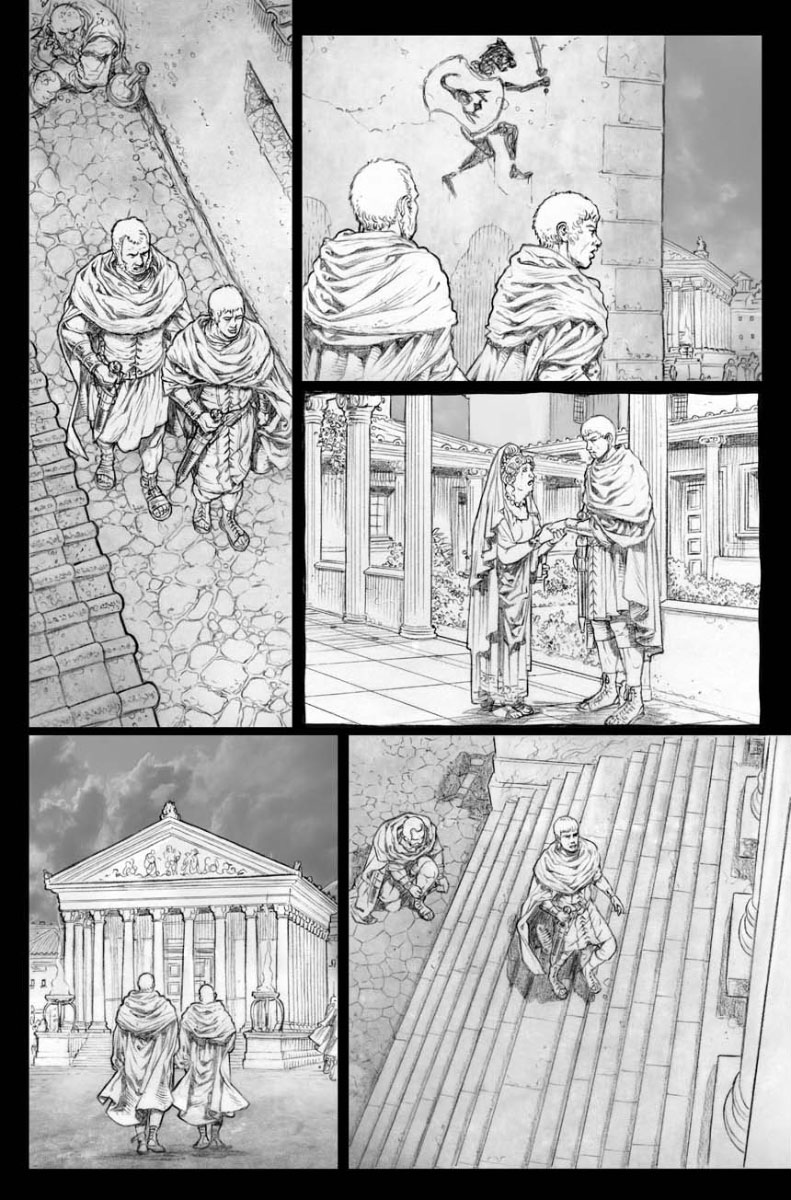 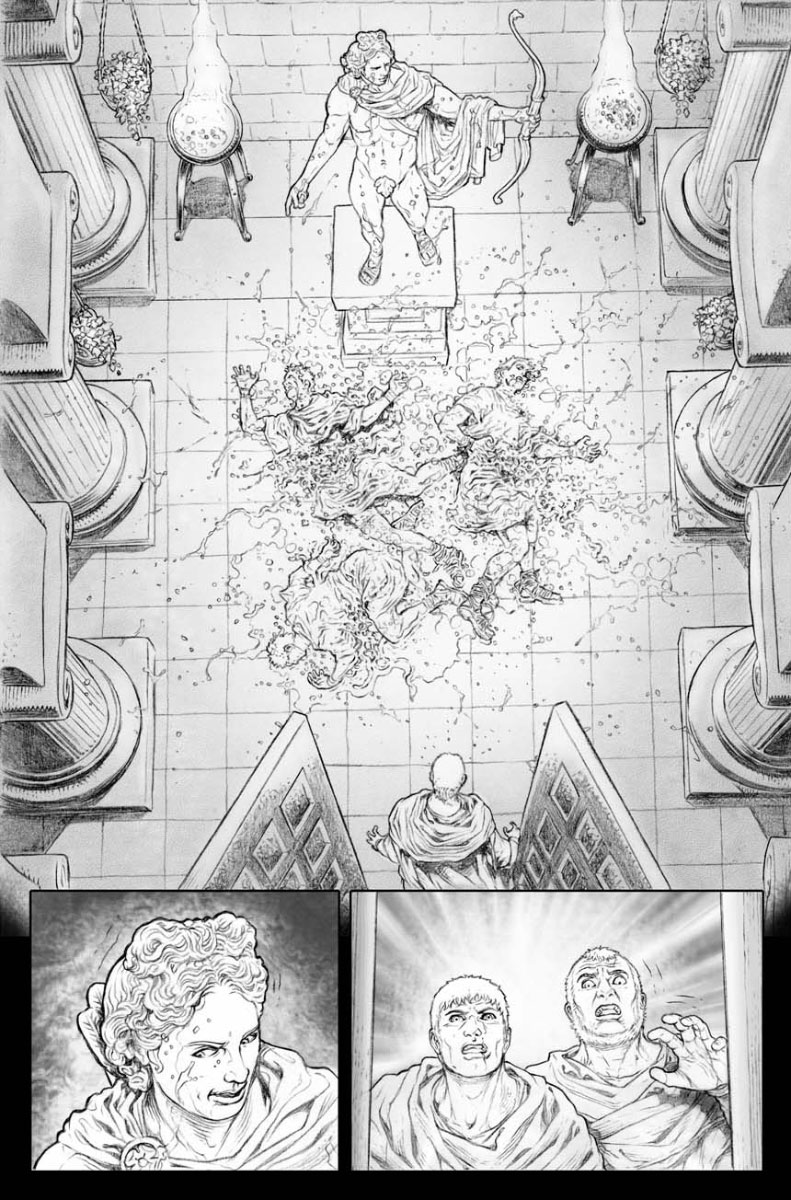 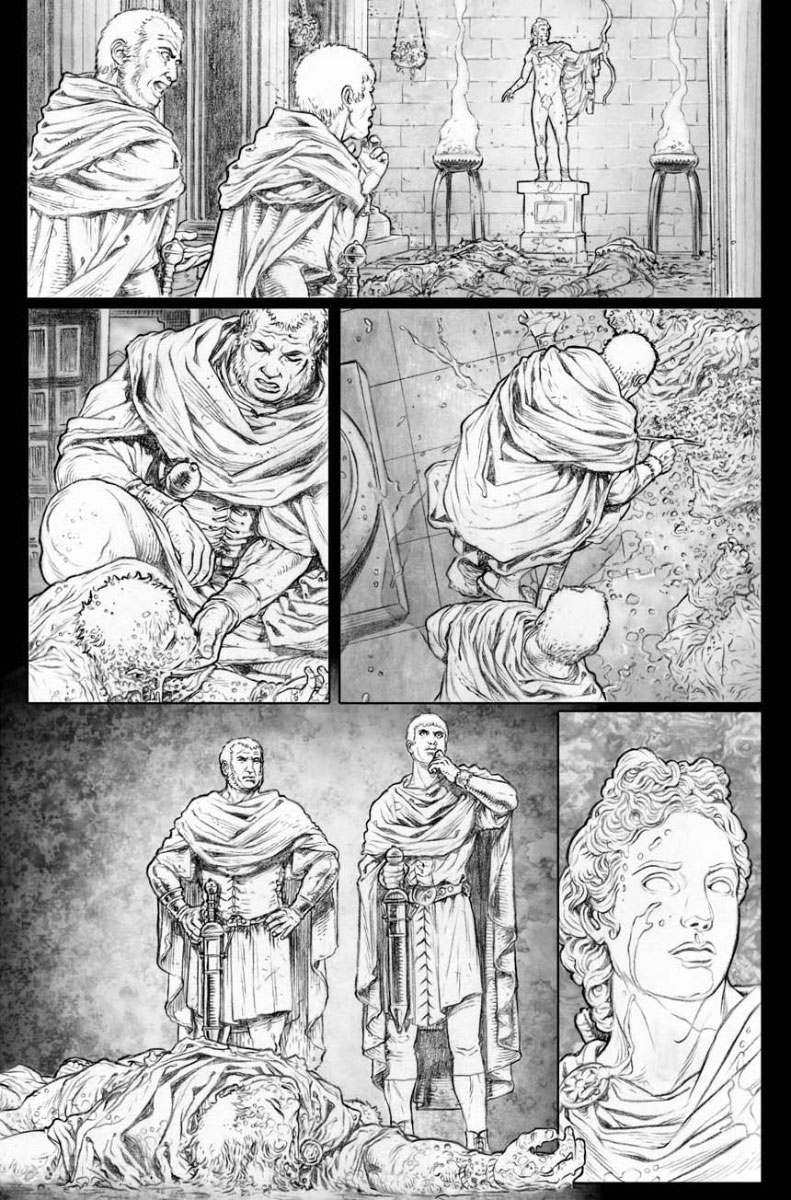 Sunken Treasure: A1 Slave Pits Of The Undercity
Guest Review: Doctor Who, Invasion of the Mindmorp...
Long Island Sandbox, Part Ten: A Look To The East