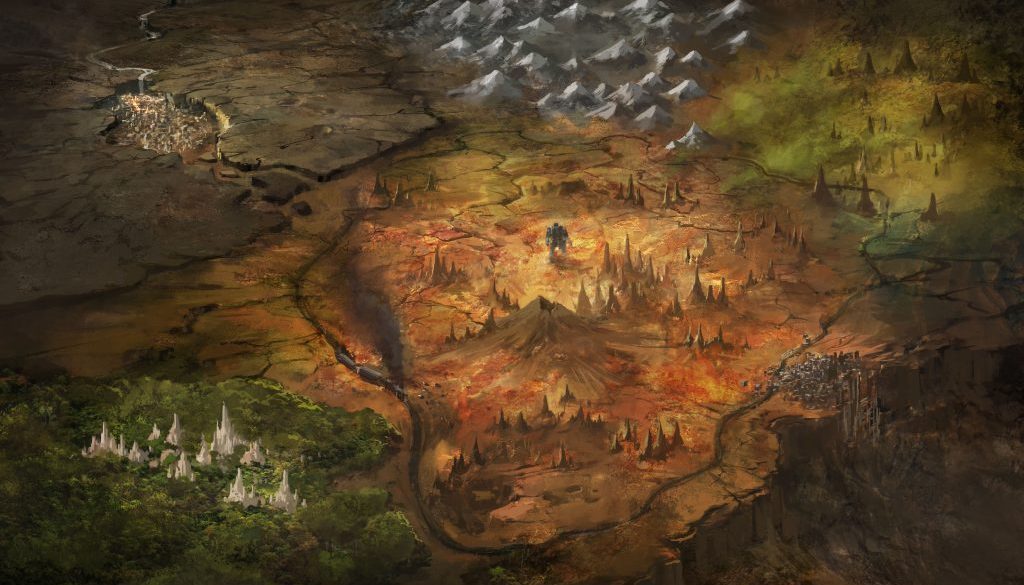 High Plains Samurai combines multiple worlds into a single mashup of wild fun. From gunslingers and samurai to Al Capone-esque gangsters and vicious barbarians. The One Land is a world shattered by its creator and put back together like broken pottery by his children. Five city states surround The Wastes, a deadly place of chaotic magic. Each city-state has developed isolated from the others. and only recently have they begun to interact.

Tod Crapper has won two Emmys for game design. He is an independent publisher who began working on third-party supplements for Dungeons and Dragons. He is also a free-lance graphic designer.

High Plains Samurai is more of a cooperative narrative. The rulebook refers to players as “writers” and the GM as “the director”. Games are intended to be like the first draft of a narrative plot for an action movie hammered out between the screenwriters. There exists a back and forth between the writers and the director for scenes as each new event gives rise to new ideas. 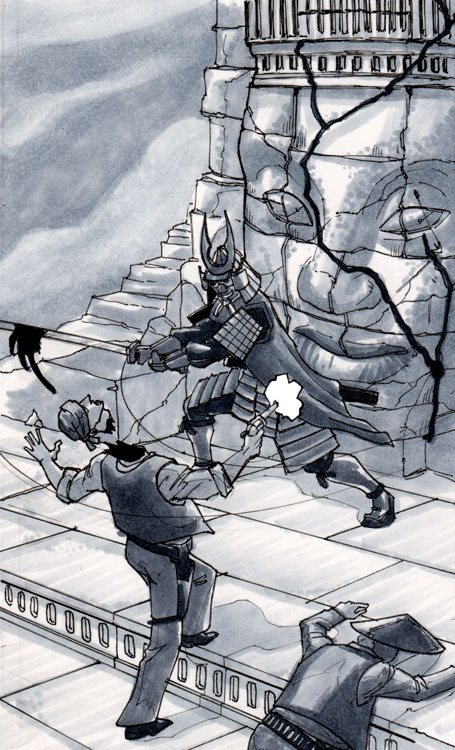 Races, Bestiary, and Beyond

High Plains Samurai focuses less on different races and more on the themes of each city-state.  However, with the Chaos of The Waste and the potential of magic, the available races and monsters are limited only by the imagination of the Writers.

Creating a character is a rapid process in High Plains Samurai.  In fact, encounters are created on the fly more often than not.  Each character selects a name and a city-state to hail from.   Most will choose one superpower similar to Xanth or the X-men.  This qi-power is derived from the chaos that shattered the land.

Three potentials will be used to provide the basis and uniqueness for the character.   Potentials provide the foundation for die rolls.  Next, three major resources are chosen.  These resources can be as broad as “wealth” or as narrow as a favoured piece of equipment or a specially trained skill.  Resources can add bonuses to rolls.

The last two portions of character creation are the Motivations/Connections section and Vitality.  Motivations and Connections are used to drive the story and explain how PCs interact with one another.  Vitality is used to change outcomes of rolls by shifting the points up or down, to remove complications, or even re-roll a die.  Once your vitality reaches zero, you are removed from the scene.  How you get removed is determined by which player (including the director) brought your vitality to zero.  This usually doesn’t mean death unless it fits the story.

I loved the fast pace and the ease of the mechanics.  It is almost free-form with enough limitation to keep players, especially new ones, from getting outlandish in what their characters can do.   This is a game that would make a great sit down and play one night on the spur of the moment.  If someone brought it out, I’d be one of the first to jump in to play.

If you’d like to catch the interview by Game School, you can check it out here:

To find out more about the High Plains Samurai game go to:

Reviews You Can Use: Onitama
Battle for Greyport: Game Review
Kieron Gillen’s DIE #1