In the Golden Age of TSR, when Boxed Sets ruled the Earth, there was Gangbusters. Gangbusters was a roleplaying game of the Roaring 20s, G-men, gangsters, bootleggers, flappers, speakeasies and tommy guns. This game has always been one of my favorites to read, but sometimes it can be a hard sell to a party who grew up long after the gangster film genre had slowed to a couple of films a decade. The big one I remember from the 80s was The Untouchables and ever since then I’ve not brought a knife to a gunfight. Rarely did I get to play this gem, but when I did an absolute blast was had by all. Of course, our adventures were probably about as much like real G-men and gangster events as Hogan’s Heroes was to the actual Second World War, but we were kids who got our knowledge of gangsters from Godfather’s Pizza commercials and that one episode of Star Trek where Mel, the cook on Alice, gets beamed aboard the Enterprise. So what’s a kid to do when he knows the 20s were awesome but not much more than that? There’s no internet yet, so you rent a copy of Johnny Dangerously and grab Tom Moldvay’s 1982 Gangbusters Module GB1: Trouble Brewing.

Ah, the classic module. Saddle-stapled bundles of adventure inside a cardstock cover. This one sports Jim Holloway cover art—a hallmark of Gangbusters—and the legend “Special Campaign Module.” Well, what does that mean? It means Trouble Brewing is the Keep on the Borderlands of 1920s Chicago… I mean… Lakefront City. Like the legendary D&D module, GB1 gives the reader a complete mini-setting for a campaign complete with NPCs, locations, and adventure seeds. This module is good for several nights of gaming at the very least—more than that if you consider it has four options for how to run the campaign. This makes for some incredible utility to a Judge (the Gangbusters term for Game Master) who wants to run for multiple groups, or run several Gangbusters campaigns over time.

One of the first things that will be apparent to gamers of a more traditional type of game is that the module expects a party of 8-12 PCs. In an era where modern games encourage parties of 5-6, this is a window into an older play style where such large groups were common. Another item of interest are the four campaign styles offered. These fall into line with an intriguing facet of the Gangbusters RPG itself. Where Dungeons & Dragons offered three Alignments – Lawful, Neutral and Chaotic – Gangbusters has three types of character to choose from. Those on either side of the law, and the neutrals of the press and Private Investigator professions. The gumshoes and reporters might easily move between the other two types of character, but having a single G-Man in a group of gangsters, or a lone moonshiner in a party of cops, would be difficult. Thus, there are presented several options for the module.

The Open Campaign is the first option offered, and most likely the greatest challenge for the Judge. Any PC class is fair game, and the campaign is run in a very sandbox fashion. The Judge is expected to weave the disparate parts together, and connect events to the main narrative. The old adage that splitting the party is frustrating for the GM seems to be tested here, where there could be three or more factions running about. In my last Gangbusters outing, our Judge was balancing a lone cop, a lone reporter, and two private dicks traveling with a getaway-driver-for-hire. This meant a lot of players with downtime, and a lot of scene cuts for the Judge to handle. While this option gives the most freedom to the players, that freedom comes with a bit of cost for the Judge. 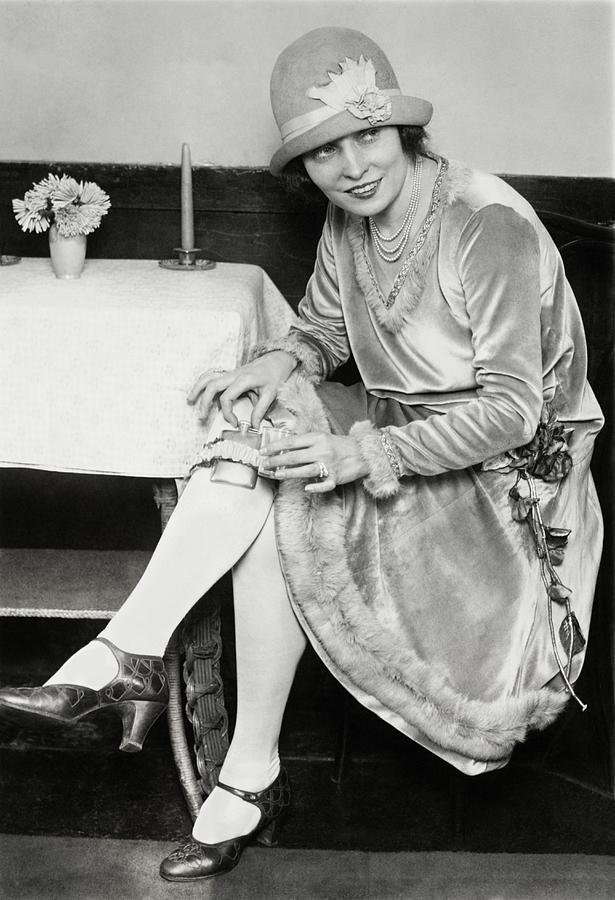 The second option is the Cops vs. Robbers Campaign. In this version, the PCs are encouraged to all play law enforcement members. In Gangbusters that means cops, FBI, or Prohibition Agents. The gang war detailed in the module becomes background action to which coppers and G-men react. The PCs find themselves opposing two rival gangs in Lakefront City and dealing with both their overt and covert criminal activities. This is probably the closest to a traditional RPG campaign, with the PCs being heroic in that they are opposing the forces of organized crime.

The third option is the Gang War Campaign. This allows the PCs to be gangsters with the O’Connor Gang, a small but growing faction in Lakefront City opposed by the Tolino Mob. The PCs will have to handle the Tolino’s enforcers and operations while protecting their own interests and avoiding trouble with the cops and Prohibition Agents. Personally, I find this campaign option an interesting endeavor—the Volstead Act turned a majority of Americans into criminals overnight. Many brewers, distillers, and bootleggers did not see what they were doing as a true crime. It wasn’t theft, or murder, or robbery. It was simply providing a service that had always been legal before. In this case, the players will definitely have some moral questions to answer during the game—they aren’t shooting orcs and goblins, after all.

The final option is “Individual Scenarios.” The Judge runs the Gang War one event at a time, allowing each player to choose a potentially different character with each session. This is an unusual option—a given player can see the events through the eyes of characters on both sides of the law as the war progresses. The professor in me is thinking about how I would use something like this with history students studying Prohibition.

The book goes from the Introduction to Campaign Background. This presents Lakefront City, which is described on page 3 as “…a sprawling, brawling metropolis located on the shores of one of the Great Lakes somewhere in the American Midwest.” The block map from the Gangbusters boxed set is given context over the next few pages as the First Ward. Lakefront City has 28 wards, and the First is the campaign setting for GB1. All manner of data useful to the Judge pours forth from the book in this section. Information on the politics and law enforcement of the First Ward comes first. Full NPC stats and notes on characterization with some plot hooks follow for the political administration, legal system, and the Tolino Mob. Following this is the O’Connor Gang, the Cody Powers Gang, a group of independent criminals, and the entire Lakefront City PD. We get the FBI, we get the Prohibition agents. The Judge has at their fingertips dozens of NPCs each of which represents a potential plot element. Full ability scores, skills, equipment carried, and more is given for each NPC. This is a goldmine of info for a Judge when in need of background or a quick side-plot.

The Block Map key comes next. This outlines the businesses on the map from the Gangbusters boxed set. Each location gets a description and even more NPCs. The townsfolk of the First Ward appear here, most of them with notes on what faction they support in the ongoing gang war. Even bank tellers and secretaries get names and stat blocks. Combine this with the NPC lists for the factions and a Judge has a living, breathing setting into which to drop either the campaigns outlined in GB1 or a campaign of their own design requiring a Chicago-like setting. Need a speakeasy? A place for a PC PI to rent an office? A hideout for the mob? It’s all here in microcosm. 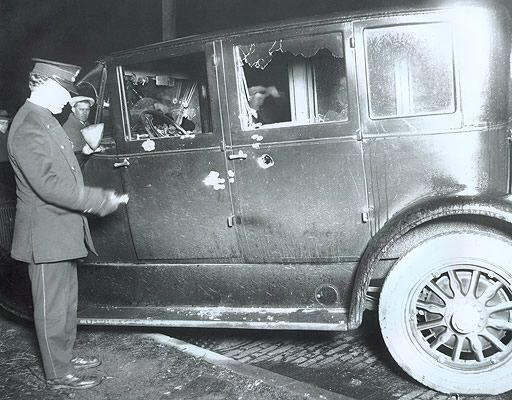 Following the map key is the actual Campaign Information. Advice is given on how to start characters of different factions and what plot threads would immediately apply. The game then delves into some notes for the Judge and the individual scenarios, whose details will be omitted here to avoid spoilers. Each scenario is aimed at a faction and includes the details the Judge will need, along with alternate scenarios and discussion of the fallout of the scenario ending one of several ways. This makes each scenario a self-contained section that can be run in various orders with various party makeups. There are seventeen scenarios detailed, with an additional six “short scenarios” tacked on.

The Law Enforcement and Gang War factions are well-served, with a lot less for PI or Reporters to do directly.

The module wraps up with some tables. The stats for the Tolino Mob in a handy chart. Pre-rolled PC stats. Income from various businesses, plus how much protection money they pay. The inside cover is a full NPC list for the Judge to refer to, and there is a fold-out panel full of counters for the map.

This module ranks up there in my mind along with things like Thunder Rift and Keep on the Borderlands as a thin, classic-sized Module that offers a lot more than just a single adventure. This is like a tiny gazetteer plus mini-campaign. Included is a full setting with a truly impressive number of NPCs, the information to utilize the map from the boxed set in such a way that it becomes a familiar, populated world, and enough adventure seeds to keep a campaign rolling for quite some time. Much of this information was worked into the Gangbusters Third Edition reprint, which was a single book rather than a boxed set, but the module would probably be a lot more convenient for finding things at the game table as it is a slim 32 pages with detachable cover.

If you can read this module, or its corebook, without doing bad Edward G. Robinson or Jimmy Cagney impressions, you might not be the target audience. If you’re looking for something without battle axes, laser swords, Magic Missiles and cyberware, Gangbusters presents something new and different for a lot of game groups. Watch a couple of gangster films, throw on some Postmodern Jukebox, and grab yourself a copy of GB1 to go with your Gangbusters core rules. Don’t be a dewdropper! Ankle on over to your favorite vintage game store and score it today!