Odin, Allfather, Lord of Valhalla, Divine Judge: he has been given many names within multiple genres of myth and legend. I first encountered the name in old video games in the 80s, but continue to see the moniker referenced even as recently as this year (2017). Although his primary role is the king of the Norse pantheon, he has seeped into modern mythology, into novels, cinematography, and comic books. In traditional Norse mythology, Odin is the sovereign of the Norse pantheon, but this book tells us a great deal more.

Not only is he the patriarch of the Nordic gods, but he is also the god of war and warriors, of wisdom and magic, of poetry and eloquence, of deception, and he is the shamanic god of the dead. As he is a god with many purposes, he also has many names and perhaps that is why he has deception listed as one of his areas of influence. Farmantyr (God of Cargoes), Runatyr (God of Runes), and Grimnir (The Masked One) are just a few of his alter egos. Odin The Viking Allfather lists many of his names, although with so many, we cannot be sure it contains all of them. 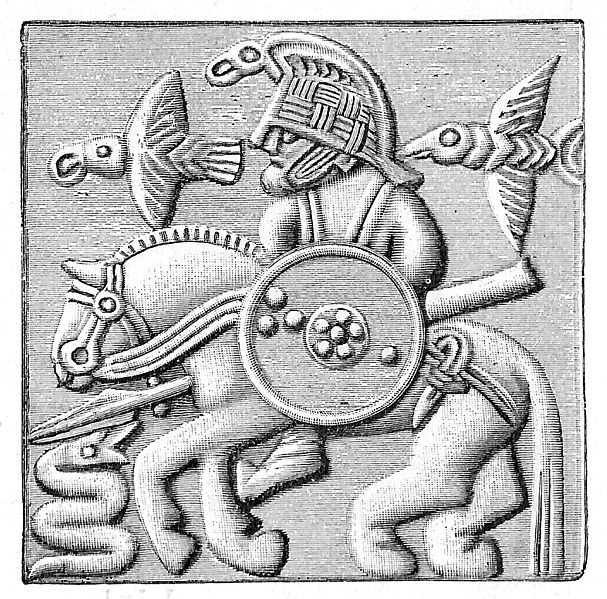 The artwork within these pages is by RU-MOR and is absolutely stunning. She draws pictures worthy of inclusion in any comic book, graphic novel, or anime series I’ve enjoyed in the past 25 years. The illustrations are brought to life with each brush stroke and I can’t wait to find more of her work. 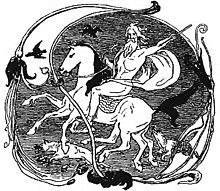 This book speaks of one hypothesis: that the Norse gods were refugees of Mount Olympus after the fall of Troy (circa 1150 BC). While I won’t deny that there are similarities between the Ancient Greek pantheon and the gods of the Vikings, the idea that they were one and the same seems rather presumptuous and far too liberal to me. For that to be the case, Zeus (the Greek patriarch) would be combined with Ares (the Greek god of war), Athena (the Greek goddess of wisdom), Hermes (the Greek messenger god) and a few others. That seems preposterous and like it simply cannot be. I won’t claim to be an expert of ancient mythologies, only a student, but that’s my view.

I would give this book a 5 out of 5, simply because whilst it could have been far more inclusive of the myths surrounding Odin, considering the size of the book and the assumed age range of its readers (13+), it is very well written and a must have for any young mythology aficionado. This is the first book to receive that rating from me, so that’s saying something!