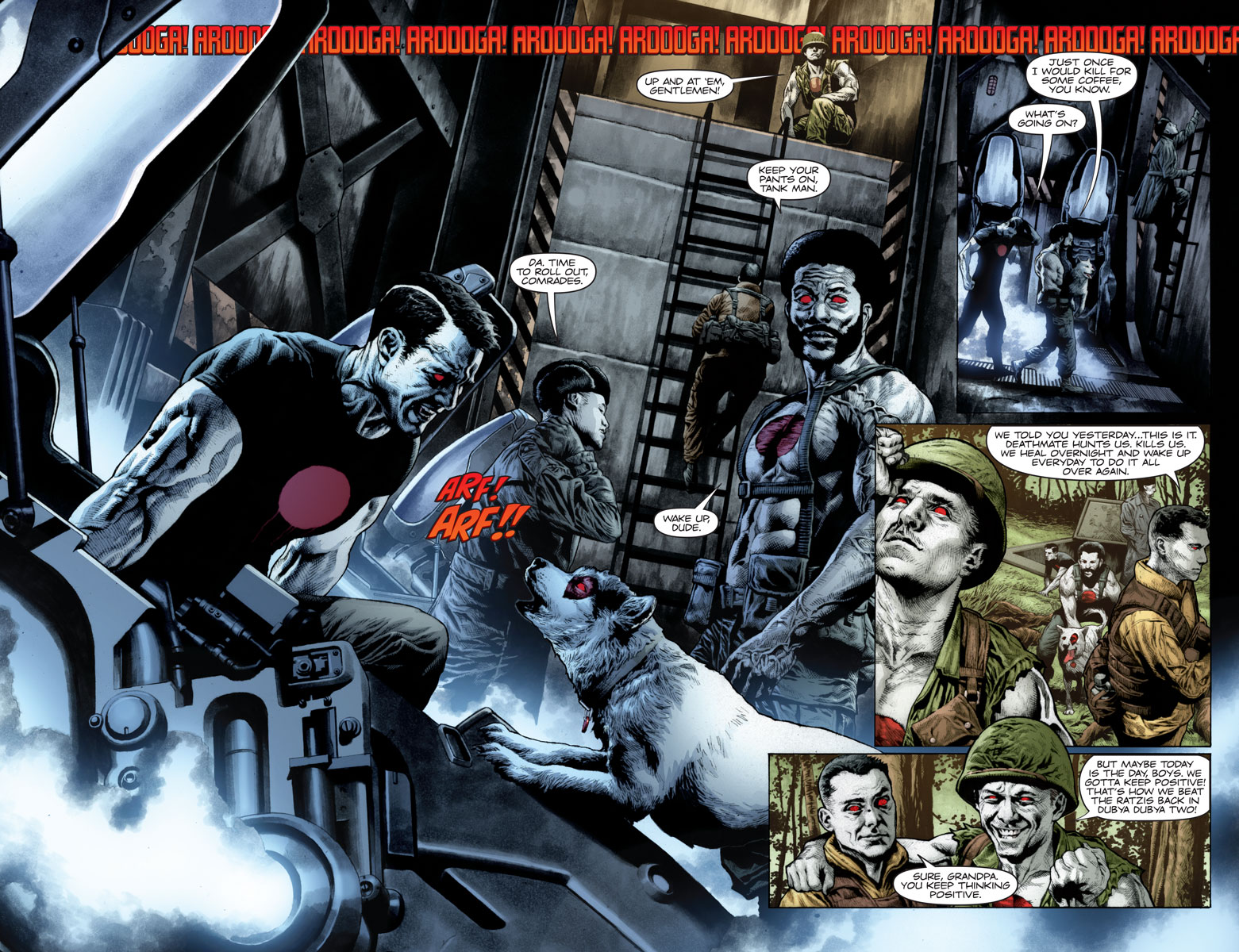 Live. Die. Rejuvenate. Each day, Bloodshot and his fellow castaways from Project Rising Spirit awake to find themselves hunted by the unstoppable engine of destruction called Deathmate. And each day, they die…only to begin their escape once more after the nano-technology inside them repairs their fatal injuries. As Bloodshot and his new teammates begin to understand the brutal logic behind their island prison, will the biggest threat to their survival be the horrors that await in the jungle around them…or each other?

New York Times best-selling writer Jeff Lemire (Old Man Logan) and superstar artist Mico Suayan (BLOODSHOT REBORN) lead the hunt for the secrets behind Bloodshot’s past and future here in the next unstoppable chapter of the summer’s electrifying Valiant blockbuster!

The darkest hour of the Eternal Warrior’s long life has arrived with blood and torment. Behind every wall and around every corner of the Dying One’s “LABYRINTH,” new and sadistic ways to burn, tear, and break Gilad Anni Padda await. As the Eternal Warrior’s greatest enemy inches closer to unlocking the secret of never-ending life, is all hope lost for Earth’s immortal soldier?

The last stand of Colin King!

Roku has completed her mission. She has destroyed, discredited, and defeated the MI-6 operative known as Ninjak. But she didn’t account for one crucial component… the man behind the mask and gadgets, Colin King! With everything on the line, and nothing left to lose, Valiant’s death-defying super-spy strikes back at his sworn enemy to take back the life he once knew! But even if his body can survives the suicidal confrontation, can his mind withstand the untold torment Roku has prepared?